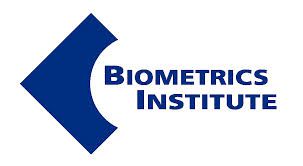 The Biometrics Institute, the independent and international impartial body representing the users, vendors and researchers of biometrics has reminded schools and parents that parents' consent is required by law if schools intend to take fingerprints of their children.

The Biometrics Institute CEO, Isabelle Moeller, was responding to the release of a Big Brother Watch report "Biometrics in Schools" which calculated that already over 1.28 million students had been fingerprinted in English schools.

She reminded parents and school authorities in the UK that, legally, one parent needed to give their consent to fingerprinting. This consent process was mandatory under the Protection of Freedoms Act 2012 which governs the use of all types of biometric use.

"Under the Act, parents must be notified about the school's intention to fingerprint students together with details such as the type of biometric to be used, how it will be used, the pupil or parents' right to refuse fingerprinting, the availability of reasonable alternatives to biometrics plus the way in which the biometric will be stored." Ms Moeller said.

"All schools should look at our guidelines before they decide to purchase biometrics from vendors. The Guidelines and the Act are there to ensure that biometrics are used in a responsible way that doesn't invade privacy." She said. "This also means biometrics should be used in an inclusive way, for example making sure the software is properly set to avoid certain pupils being inconvenienced just for having similar or indistinct fingerprints, which can be a particular problem amongst younger children."

The Biometrics Institute membership includes banks, airlines, police, university research groups, immigration authorities and many other significant users and vendors of biometrics around the world.

"It is the interests of our members and society at large to ensure that biometrics are implemented responsibly and are privacy positive." She said. "In addition, the Biometrics Institute supports the principle of proportionality which asks prospective purchasers of biometrics to really examine whether or not it is overkill to install biometrics to monitor library borrowings or other minor transactions within a school."

The Biometrics Institute is holding several events such as the "Showcase Europe 2014" on the 26 June 2014 and "New developments in facial biometrics" on the 22 January 2014, both in London information stakeholders about the responsible use of biometrics. Plus there is an "Introduction to Biometrics" Short-course in London on the 10-11 February 2014 providing a good understanding on biometrics and their proper implementation.